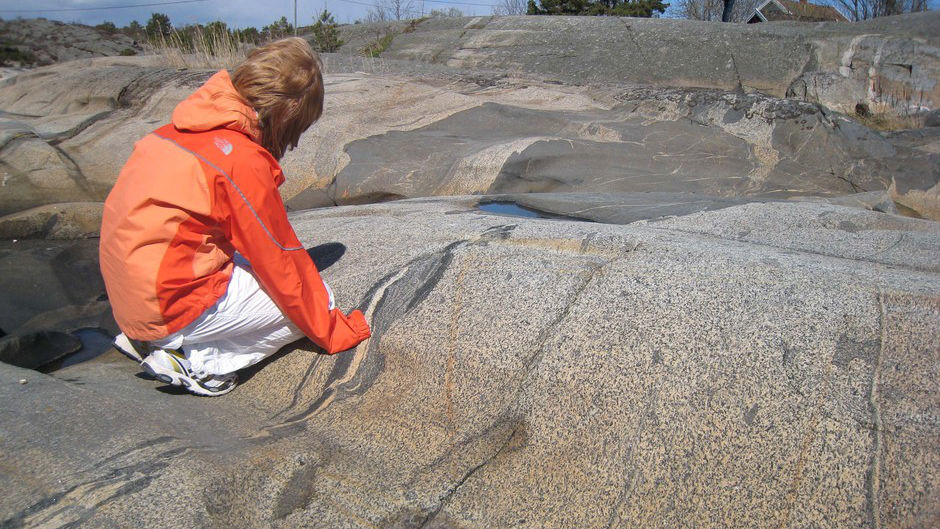 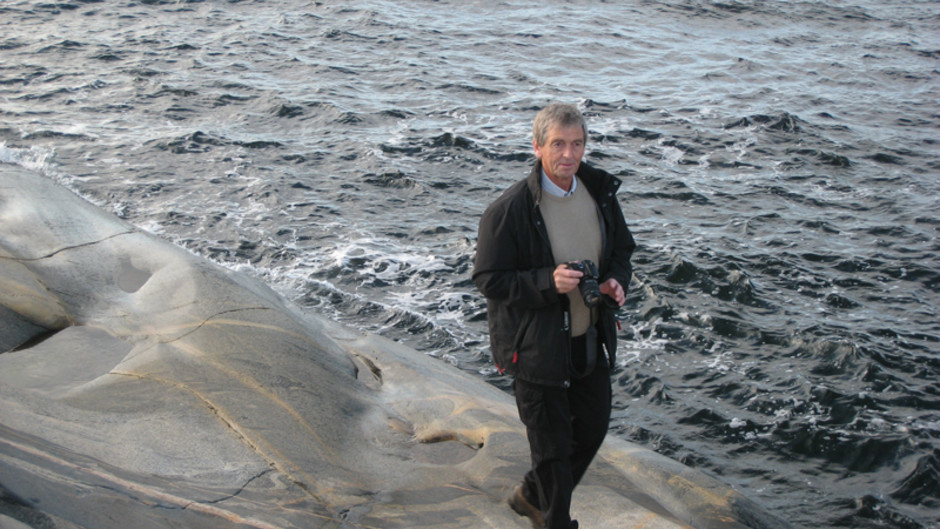 Ancient bedrock with a newly polished surface. The bedrock at Stangnes is among the oldest in Norway.

This ancient bedrock, laid down during the earliest era on Earth (the "Precambrian Era") has been grounded and polished during the last millions of years of Ice Ages. Here, the Geopark's oldest geology meets the results of our youngest geology.

The skerries at Stangnes are very old, more than 1,100 million years old. In Norway, we call such ancient bedrock our "Precambrian Basement". This basement is comprised of many rock types, resulting from a variety of geological processes.

In the Kragerø area, we find outcrops that once were sandy beaches and river beds, melted rock from ancient volcanoes and large areas of solidified magma that hardened long ago when it was far down in the earth's crust.Most of the ancient bedrock has been altered during the vast period of time since it was deposited, and massive movements of the earth have changed the original rocks into many different types. The area was once deep below the earth's crust. Increased pressure and temperature created fractures and made the ground partly molten. Hot water bubbled up into the fractures and led to the creation of new bedrock, as magma filled in some of the fractures.

If you look carefully, you will see many traces of the exciting history of the bedrock at Stangnes.

The smooth surface of the bedrock at Stangnes, with its small depressions and furrows where one can seek shelter, makes this area a popular choice for touring. Pothole-like structures, wavy, smoothly polished crags and unusual channels are testimony to the powerful forces that once ravaged out here. The nearly organic-looking shapes are impressive; the bedrock is hard, so how have these shapes been created?

About 20 000 years ago, roughly a kilometre of ice covered the landscape. This was, until then, the last in a series of big and lesser ice ages. Large volumes of water flowed under the ice and this water transported stones, sand, gravel and clay, as the ice advanced and scoured over our land. The weight of the ice caused the water to move under the high pressure, and it moved quickly. These forces of nature were great enough to chisel out the fantastic landscape we see here today.