Porsgrunn - Faults and zones of weakness in Porgrunn 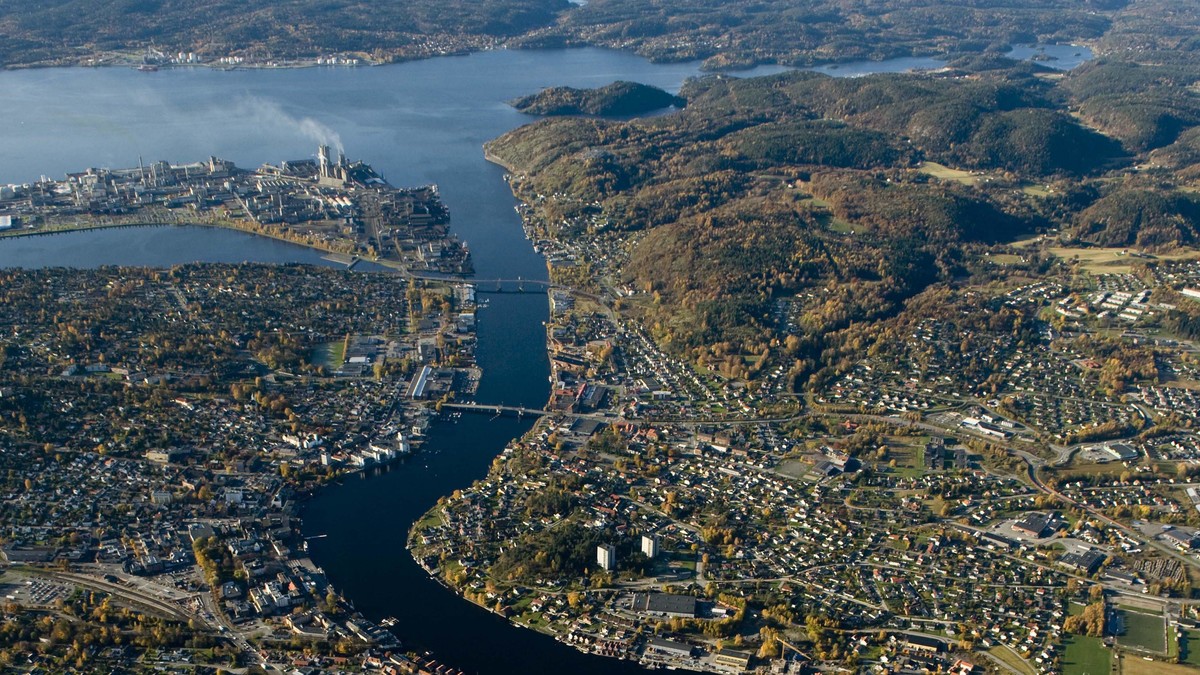 South of Borgeåsen, across Frierfjorden and further into Bamble by Herre, there is an extensive fault, the result of a period of earthquakes about 300 million years ago. This fault is clearly visible where the “Ælva” river to the north makes an almost 90° turn. Here, the river (“Ælva”) runs in a faultzone, and the city of Porsgrunn grew up along the river's banks.

If one looks further to the south, one sees that it sparkles from the many smaller water bodies that lie in the depression that the fault formed in the landscape. We can follow this depression all the way to Kristiansand.

In the Langesundsfjord-Eidanger area, there are many rare minerals. Many of these were first discovered and described here, and the occurrences are known among geologists in many parts of the world. One of these minerals is thorite, discovered in 1928 at Løvøya. Thorite contains the until then unknown element thorium, which was named after the Norwegian God Thor.

As in Skien, many of the deposits in Porsgrunn are limestones that were formed at the bottom of a tropical sea about 450 million years ago. This limestone, which is full of fossils, is selected for industrial use for example by Norcem in Breivik. The limestone from Porsgrunn is used in cement, but generally it can be used for much else, for example, in plastics, paper and toothpaste. 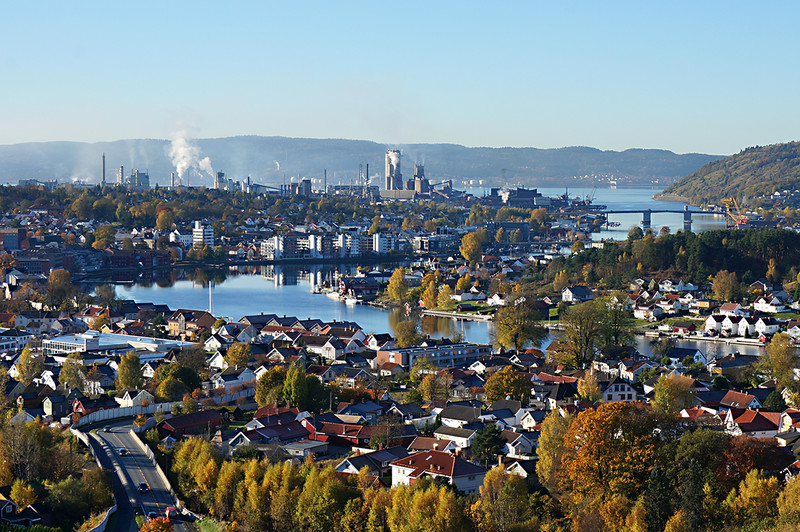 A beautiful view of the landscape and the Porsgrunn-Kristiansand fault. Follow the river, look how it makes a sharp turn towards the west and see all the blinking waters marking the fault further to the southwest. 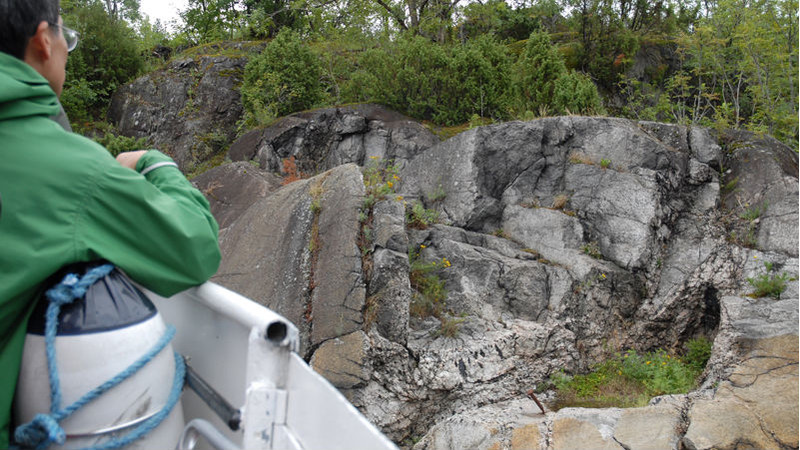 The rock at Løvøya is the famous Permian magmatic rock nepheline syenite. Slow cooling and subsequent crystallization, allowed large crystals to form from the melt. 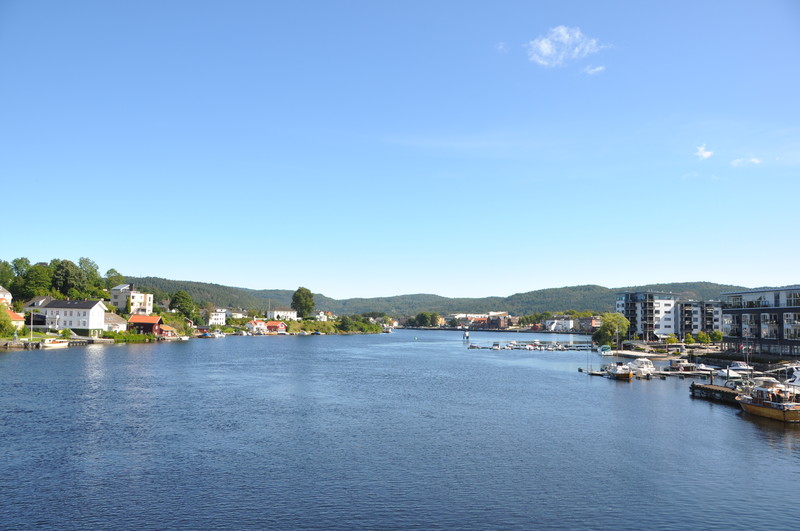 The River ("Ælva" in Norwegian) runs from Skien and flows into the fjord Frierfjorden.