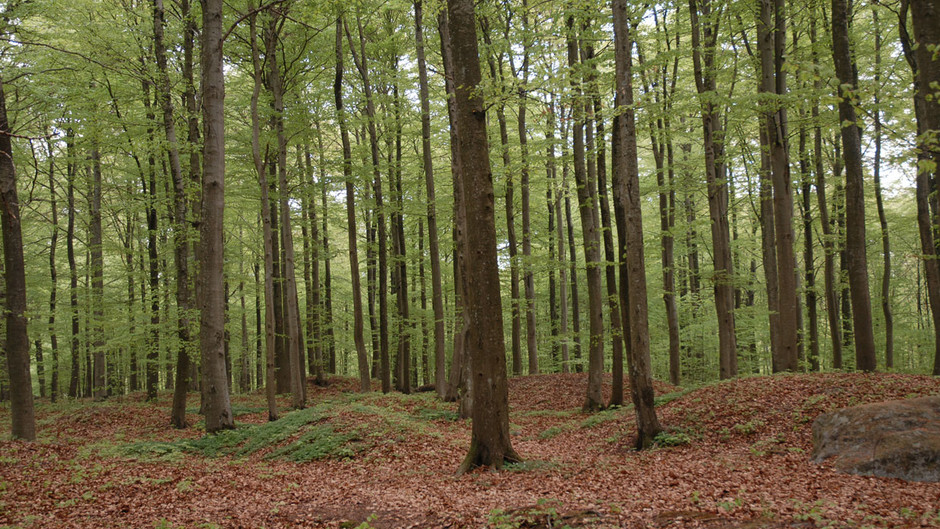 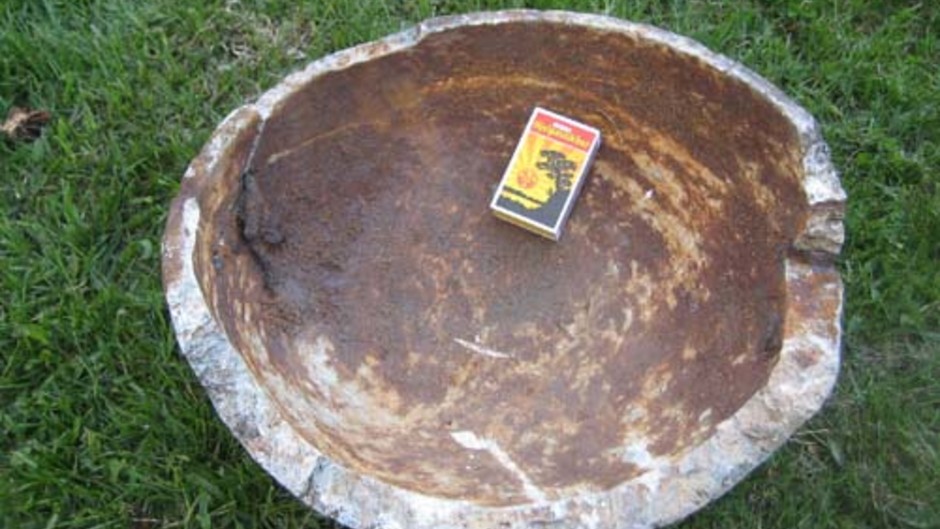 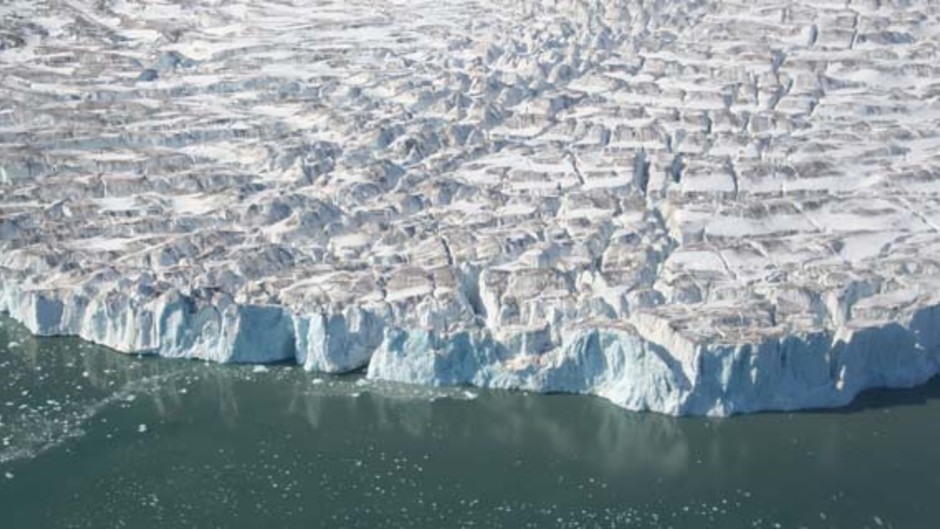 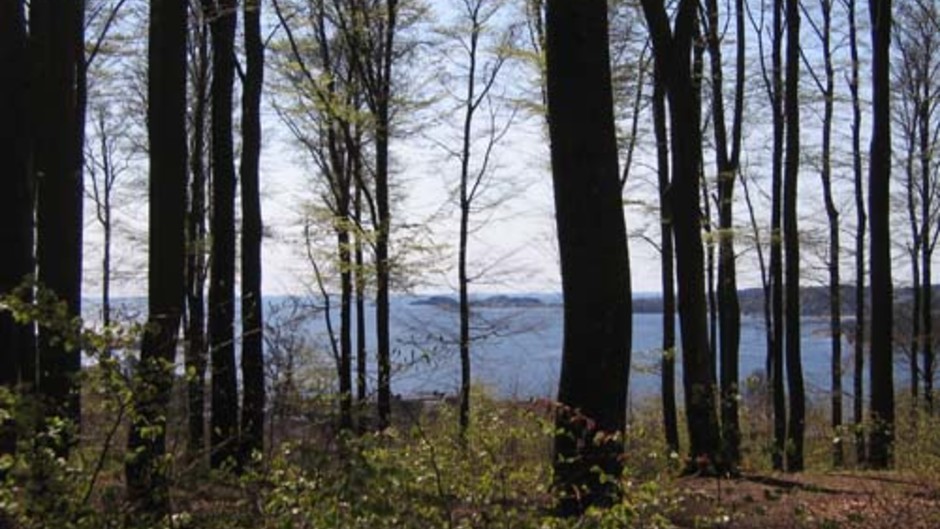 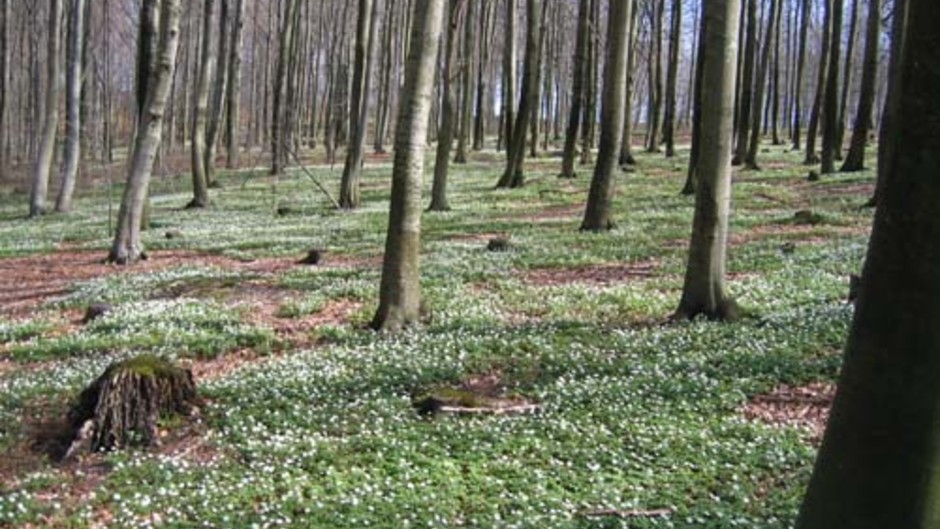 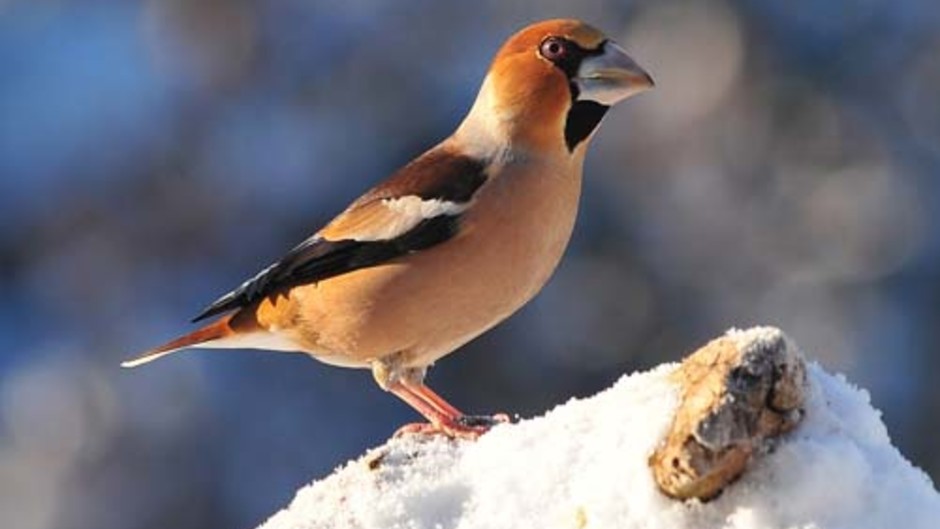 The forrest ”Bøkeskogen” in Larvik is one of the most northerly occurrences of beeches in the world.

The forrest was founded as a landscape protection area in 1980 to preserve one of Norways classic beech forrests. It is a popular hiking area with paths throughout and marked trails from 2.6 to 10 km in length. The “Bøkeskogen” and the municipality of Larvik became included in the Gea Norvegica Geopark in 2006.

In the “Bøkeskogen” we find remainders of the Ice aged Rå-moraine. The front of the large glacier during the Younger Dryas colder period about 12.800 – 11.500 years ago, laid directly in the area of todays “bøkeskogen”. Thus, we find sediments at the top of the Rå-moraine here, which had been deposited during the melting of the ice and left as a ridge behind the retreating ice. This extensive Rå-moraine stretches around the whole of Scandinavia.

The largest collection of grave-mounds in Vestfold are found in the ”Bøkeskogen”. 83 mounds are recorded and they lay in two fields. Different weapons, jewellery and various tools have been found in the burial mounds. On the basis of the recorded finds, the mounds are dated to Early Viking times (800 – 900 a.D.). The people who lived here during Viking times had been farmers, fishers, hunters and also conducted trade.