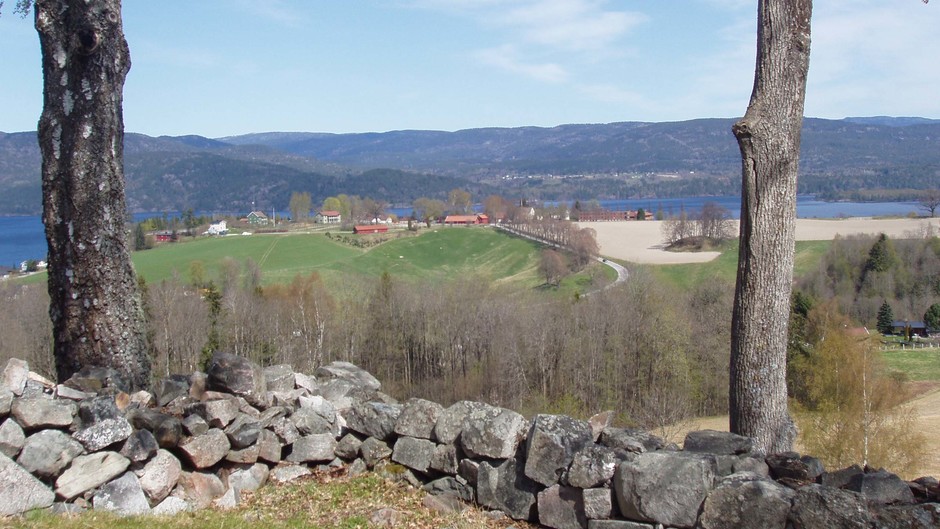 Situated in Nome, close to the lake Norsjø and the town Ulefoss, the Fen Area is the world type locality for magmatic limestones, the carbonatites.

An unusual volcanic event 580 million years ago, is the background for the Fen Carbonatite Complex. All surface signs of the old volcano are eroded now, and today we have only remnants from the volcano feeder. Some dikes and diatremes related to the volcanism have intruded the surrounding Precambrian basement. Some signs of the volcanism have been observed as far away as Kragerø. A lot of different elements are found in the Fen rocktypes, such as iron (Fe), thorium (Th) and niobium (Nb), all of them leading to extensive mining activity in the area through time.

A large number of rock types and the process of fenitization was first described from this area, by W.C. Brøgger i 1921. The discussion whether a calceraceous rock could be of magmatic origin or not went on for several years. Even today the discussion goes on, allthough the discussion is no longer about the volcanic formation, but how all the different rocks were generated.

While the volcanic activity went on, alkali-rich fluids escaped from the carbonatites. These fluids made the neighbouring rocks transform from gneisses to a syenitic rock, fenite. This metasomatic process is called fenitization, and is used all over the world for this process.

As the Fen volcano ended its active life, hot water circulated along fissures and cracks and transformed iron in the formation to the mineral haematite. This mineral is red, and coloured the whole rock red. These rocks are called "rødberg" (red rock), and they were mined for iron to supply the Ulefos iron Works with raw material until 1927.