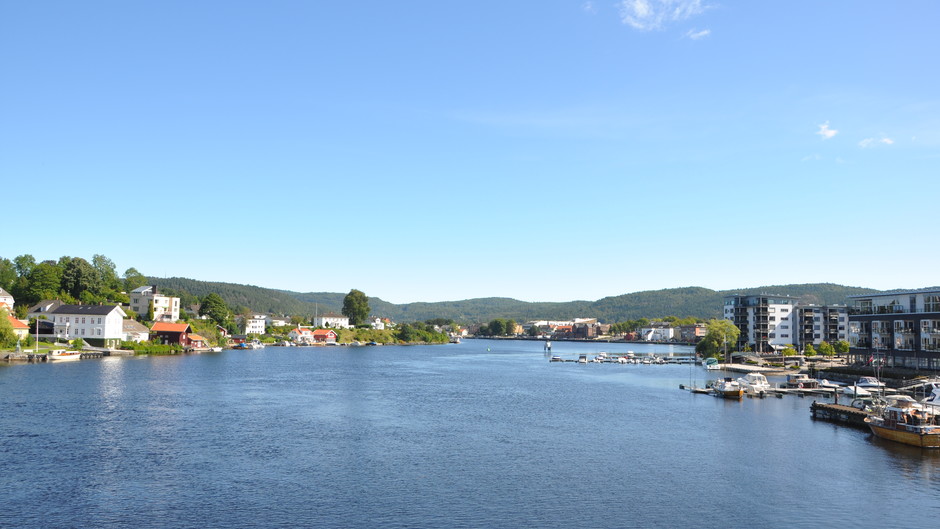 The River ("Ælva" in Norwegian) runs from Skien and flows into the fjord Frierfjorden.

Ælva used to be important for transporting different goods between the upper part of Telemark and the coastal areas (whetstone from Eisborg, copper ore from Bandaksli, timber, goods for the industry evolving in Notodden), as the river is part of the large artificial Telemark Canal, one of today’s main tourist attractions in Telemark.

When one stands on the Porsgrunn Bridge and looks up the river, one can see that the river makes a sharp bend. Down from Skien, the river runs diagonally along a layer of limestone from Cambro-Silurian time (ca. 550 – 415 million years ago), as one can see from a geological map of the area. But then the river suddenly swings to the west. The explanation is that the river flows in a large faultzone that stretches from Porsgrunn all the way to Kristiansand.

When the large supercontinent of Pangea began to split up in the Permian Period (between ca. 300 – 250 million years ago), this was one of the places that had extensive earthquakes and this caused movement.

If you look at a satellite picture or Google Earth, you can see that there are a number of small and not-so-small lakes and rivers aligned along the fault southward towards Kristiansand.